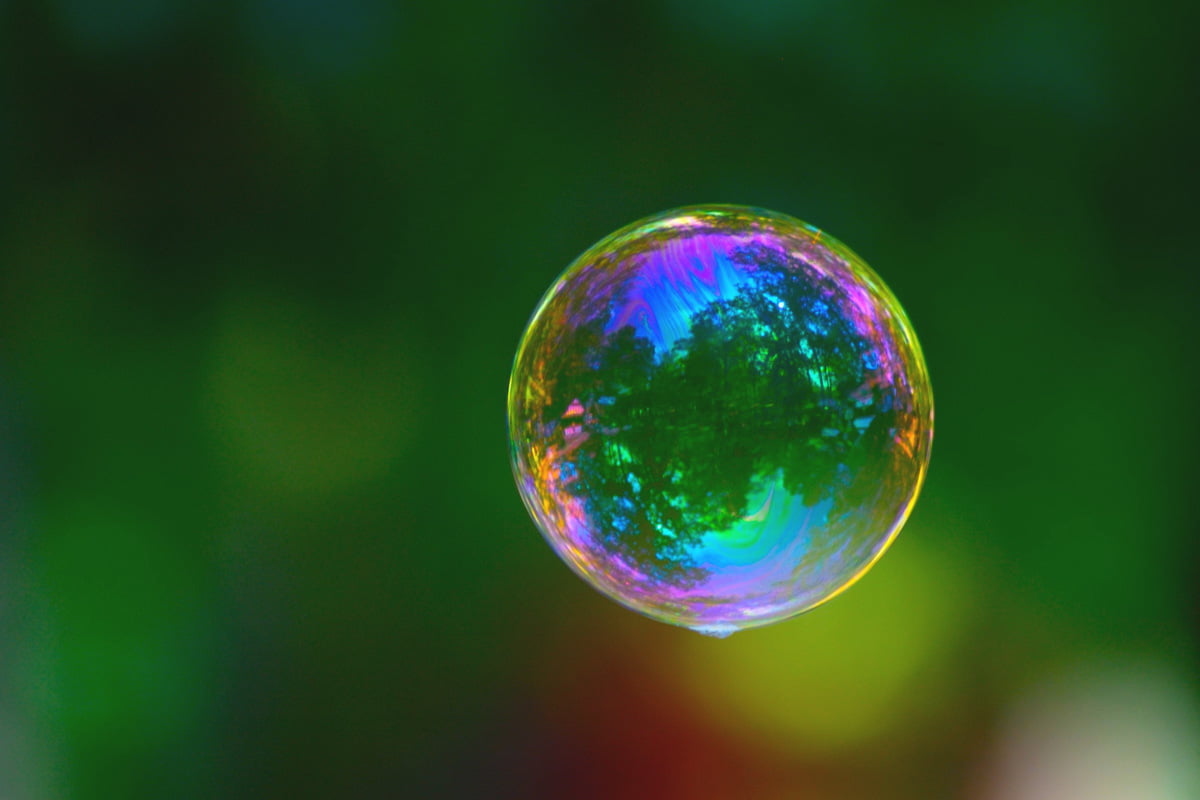 What do the physics of bubbles have in common with the way you and I speak? Not a lot, you might think. But my recently published research uses the physics of surface tension (the effect that determines the shape of bubbles) to explore language patterns – where and how dialects occur.

This connection between physical and social systems may seem surprising, but connections of this kind have a long history. The 19th century physicist Ludwig Boltzmann spent much of his life trying to explain how the physical world behaves based on some simple assumptions about the atoms from which it is made. His theories, which link atomic behaviour to the large scale properties of matter, are called “statistical mechanics”. At the time, there was considerable doubt that atoms even existed, so Boltzmann’s success is remarkable because the detailed properties of the systems he was studying were unknown.

The idea that details don’t matter when you are considering a very large number of interacting agents is tantalising for those interested in the collective behaviour of large groups of people. In fact, this idea can be traced back to another 19th century great, Leo Tolstoy, who argued in War and Peace:

To elicit the laws of history we must leave aside kings, ministers, and generals, and select for study the homogeneous, infinitesimal elements which influence the masses.

Tolstoy was, in modern terms, advocating a statistical mechanics of history. But in what contexts will this approach work? If we are guided by what worked for Boltzmann, then the answer is quite simple. We need to look at phenomena which arise from large numbers of interactions between individuals rather than phenomena imposed from above by some mighty ruler or political movement.

To test a physical theory, one just needs a lab. But a mathematical historian must look for data that have already been collected, or can be extracted from existing sources. An ideal example is language dialects. For centuries, humans have been drawing maps of the spatial domains in which they live, creating records of their languages, and sometimes combining the two to create linguistic atlases. The geometrical picture which emerges is fascinating. As we travel around a country, the way that people use language, from their choices of words to their pronunciation of vowels, changes. Researchers quantify differences using “linguistic variables”.

For example, in 1950s England, the ulex shrub went by the name “gorse”, “furze”, “whim” or “broom” depending on where you were in the country. If we plot where these names are used on a map, we find large regions where one name is in common use, and comparatively narrow transition regions where the most common word changes. Linguists draw lines, called “isoglosses”, around the edges of regions where one word (or other linguistic variable) is common. As you approach an isogloss, you find people start to use a different word for the same thing.

A similar effect can be seen in sheets of magnetic metal where individual atoms behave like miniature magnets which want to line up with their neighbours. As a result, large regions appear in which the magnetic directions of all atoms are aligned. If we think of magnetic direction as an analogy for choice of linguistic variant – say up is “gorse” and down is “broom” – then aligning direction is like beginning to use the local word for ulex.

Physicists have known for a long time that in these magnetic materials the boundaries (curved lines) of regions of uniform alignment evolve as if they were the surfaces of two dimensional bubbles: they feel a kind of “surface tension” which tries to smooth them out. Because a wiggly line connecting two points in space is a longer than a straight one, surface tension tends to make these boundary lines shorter.

The aim of my work has been to explore what happens if we assume that isoglosses evolve in a similar way.

I made just one assumption about language evolution: that people tend to pick up ways of speaking which they hear in the geographical region where they spend most of their time. Typically, this region will be a few miles or tens of miles wide and centred on their home, but its shape may be skewed by the presence of a nearby city which they visit more often than the surrounding countryside.

From this assumption, we can derive equations for the spatial distribution of linguistic variables. These equations predict that regions will emerge in which one variable dominates (e.g. where people call ulex “broom”), just like the regions in metals where all the atoms are aligned. These regions are like bubbles with isoglosses as their surfaces: the surfaces of the bubbles smooth out over time as if they were feeling surface tension. But there are some very important differences to physical systems: large population centres can have an opposite effect, causing isoglosses to become curved.

I wanted to know whether the boundaries of countries influenced the pattern of their isoglosses and therefore the spatial pattern of their dialects. Using my mathematical models, I found that predictability arises due to the irregular shapes of country borders, and because people tend to clump together into towns and cities.

My equations predict that isoglosses tend to get pushed away from cities, and drawn towards parts of the coast which are indented, like bays or river mouths. The city effect can be explained by imagining you live near an isogloss at the edge of a city. Because there are a lot more people on the city side of the isogloss, you will tend to have more conversations with them than with rural people living on the other side. For this reason, you will probably start using the linguistic variable used in the city. If lots of people do this, then the isogloss will move further out into the countryside.

Many other features of real language patterns also emerge: cities tend to lie at the centres of language bubbles, creating their own dialects; long thin countries tend to have striped dialect patterns, and the famous “Rhenish fan”, where isoglosses fan out around the cities of the river Rhine, can be explained in a simple way.

My one simple assumption – that people pick up local ways of speaking – leading to equations which describe the physics of bubbles, allowed me to gain new insight into the formation of language patterns. Who knows what other linguistic patterns mathematics could explain?